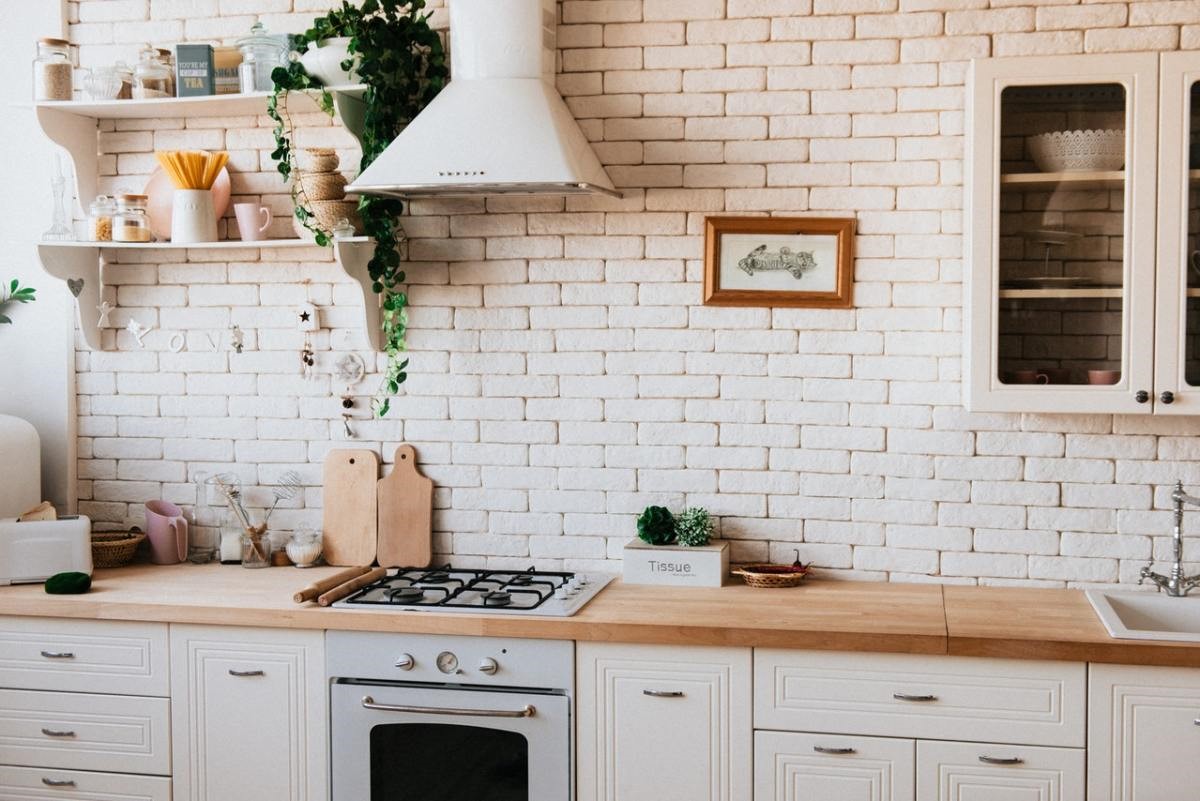 HOW TO FALL IN LOVE WITH COOKING 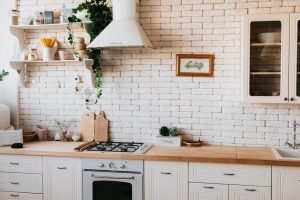 If cooking’s not your thing, chances are you’re convinced that your food won’t be delicious. Or maybe you always run out of time, get stressed and end up cooking in a rush. Or the act of prepping ingredients feels like drudgery. Or you dread generating a ton of dirty dishes and would rather just be able to throw out the Chinese food box after dinner. All of these frustrations are totally understandable. And common.

If you wish you could be one of those people who’s totally in love with cooking, this article’s full of ideas to ease your culinary fears and get you in the kitchen.

Cooking for yourself and the people you love is also one of the best ways to create great health. Making your own food helps you ensure that you’re actually eating real foods – not a bunch of weird additives and food-like-substances that your body won’t even recognize. Cooking at home can be much less expensive and much more intimate than eating out. And interacting with and transforming ingredients can have a meditative, soothing quality when you’re focused in on what you’re doing.

So whether you live to cook or just cook to live, here are five tips to enjoying the process more … because we’ve all got to eat, right?

Nothing ruins your time cooking a meal more than feeling rushed, or getting close to mealtime and realizing there’s a time-intensive step you haven’t even started yet.

When you decide to cook, do some quick mental math and work backward from the time you’d like to have food on the table. And when in doubt, give yourself an extra half hour of cook time.

Next, when your dish is multi-step, do the hardest, longest part first. This might mean the most labor-intensive step – like prepping pasta dough from scratch, rolling it out and cutting it into squares for homemade ravioli … and save heating up the sauce you made the night before till last – that’s easy. The hardest, longest part might also just mean getting the ingredient that takes the longest to cook going early on in the process.

Repeat after me: I will give myself PLENTY of time to cook.

But what if you’re short on time? Just pick an easy recipe! For example, I can throw together a meaty blush-sauce pasta in 15 minutes. What can you make with your eyes closed?

Better simple food cooked quickly with plenty of time leftover and a happy cook than complicated food rushed through and a stressed-out cook. Stress is bad for digestion! 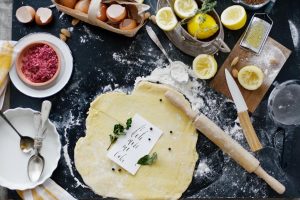 Cooking can be an event in and of itself. Pour yourself something to sip on. Set out a little appetizer for yourself to snack on while you cook – something easy like cheese, honey and crackers. Put on music. My go-to: RatPack crooners.

Have friends over or family around? Put them to work. If you’re not sure of your helper’s cooking prowess, have them chop or blend or put together the dressing from a recipe. If you know they’re the next Top Chef, get them to season the steaks or tweak your sauce.

SEASON SLOWLY & TASTE AS YOU GO

And speaking of tweaking the sauce, one reason people don’t enjoy cooking more is that they’re anxious that it won’t turn out well – or not confident in their abilities. The solution? Season slowly and taste as you go.

Imagine driving to the next state over, flooring it and not opening your eyes until you get there. Insane, right? Same with cooking, seasoning wildly and not tasting as you go.

When I made spinach, mushroom and parmesan ravioli the other night, I minced and sautéed the mushrooms in olive oil, added garlic, salt, and pepper and tasted them. They needed more salt and garlic. I knew that until the mushrooms tasted good on their own, the ravioli filling would not be awesome. So I worked with those shrooms until I wanted to eat them on their own! Once they were epic, I knew they were ready to add. I did the same with the spinach I was going to mix with the mushrooms. But I was careful not to over-salt them because the mushrooms already had a little and the parmesan would add a little saltiness too. But still, the spinach needed to be good on its own before I mixed it with the rest of the filling ingredients.

This principle can be applied to many things you’re making that can be sampled before they’re complete … just don’t try this with raw meat or marinades that have touched raw meat! ha!

I even learned that when you’re making rice in salted water, for example, you can taste the water as soon as you’ve salted it, to make sure it’s not too salty and that you don’t ruin your rice. I’ve tasted the water before and thought, “WHOA! Too salty!” So I took out a few ladles full of that salty water so that I could replace it with a few ladles of unsalted water. Crisis averted. 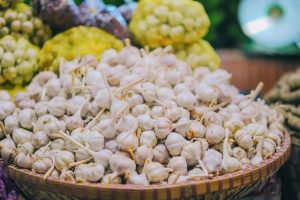 Hate chopping onions or peeling the skin from teeny cloves of garlic? Do them in advance. When you bring your groceries home, cut up 3 or 4 onions for the week, stow them in a Tupperware and have them ready in the fridge whenever you need them.

When we have fresh, organic kale coming in from the garden, I like to meticulously rinse and check for those little green worms that grab on sometimes. The result? I don’t often eat it when I’m throwing something quick together. The solution? Block off some time to process a bunch of kale – check it, rinse it, chop it and store it in the vegetable drawer so it’s ready for use in the scrambled eggs or chicken soup or whatever.

Plus, you’ll feel more like you’re on your own cooking show when you have perfectly pre-chopped ingredients laid out on the counter. *wink*

We have a rule at our house. When one person cooks, the other does the dishes. Simple. No discussion. No bartering. And the cook gets to relax after they’ve put in the work of preparing the meal. It’s fair.

Cooking solo? No worries. Make cleanup fun. Turn on the podcast episodes you’ve meant to hear but haven’t had time for. Put on a playlist of feel-good, danceable music. And do it right away! The only things worse than dirty dishes are dirty dishes that have been sitting there and are even harder to clean now.

Another quick cleanup tip – trash bowls. When I cook I set out a bowl for compostable food scraps – so I throw all the onion peels, carrot shavings and eggshells in there and dump the whole bowl in the compost when I’m done. The counters stay clean and everything’s quick and easy.

So what’s the key to falling in love with cooking? Once you pinpoint what specifically about cooking annoys or stresses you, you can take simple steps to make those areas more enjoyable, whether it’s the timing that freaks you out, the prepping, the cleanup or the way your food will turn out.

You’ve got this.  Happy cooking.