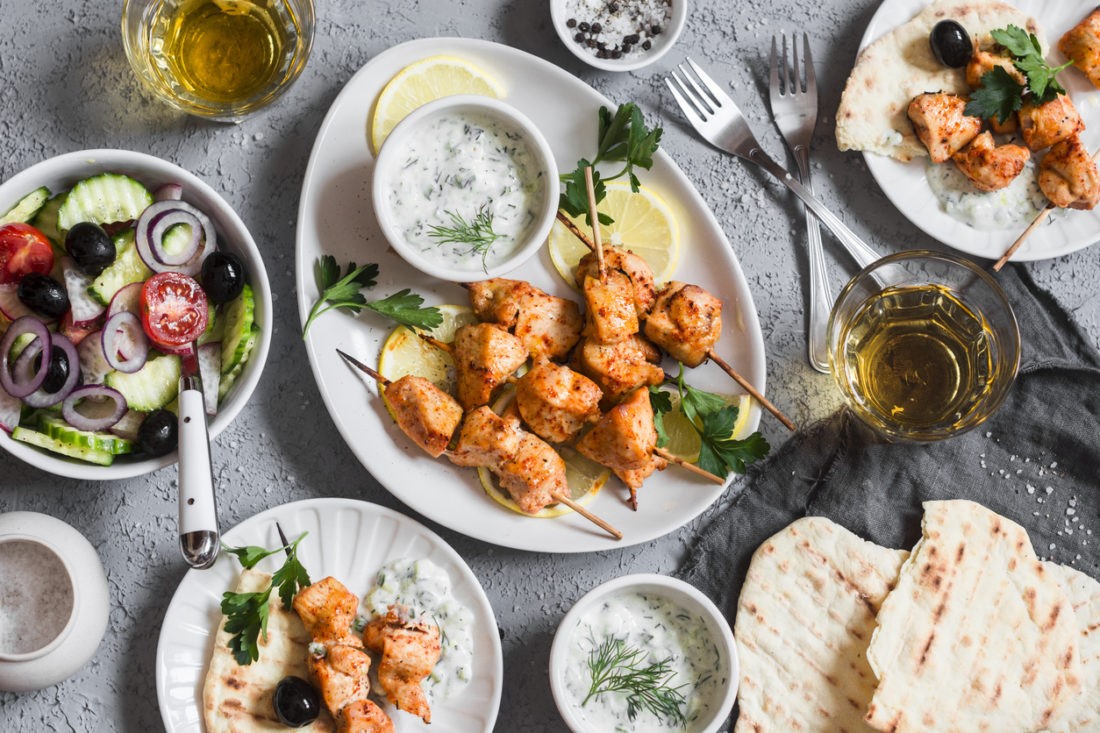 Light, tasty and delicious, Greek salad is not just the perfect meal for a summer day, but also an interesting dish with plenty of history behind it. Popular in Greece and outside it, Greek salad can be found on the menu of just about any restaurant – this how iconic it has become. However, not all preparation methods and serving styles are true to history. Greek salad is an important local dish. If you want to enjoy it to its full potential, you have to know a few secrets.
First, Greek salad is also called horiatiki salata (villagers’ salad) or therini salata (summer salad), because it is mostly served in summer and it contains the ingredients that a Greek farmer would have on hand. There are small local variations of Greek salad, but, in general, it sticks to the same recipe from generation to generation since the 19th century.
The origin of Greek salad begins from the widespread cultivation of tomatoes on the Island. By 1820, the locals were already using them for their daily meals, including salad, which was an absolute staple. Greek salad became a popular dish that farmers would have for breakfast or lunch.

Greek people make this salad between May and September, using fresh seasonal ingredients: large pieces of red, ripe tomatoes warmed by the Hellenic sun, sliced cucumbers, large black Kalamata olives, onion and one single large chuck (not cubes!) of tasty authentic Feta cheese. All these ingredients are hardly mixed, but they are seasoned with salt and oregano and the dressing is always extra virgin olive oil. In other regions of Greece, small variations may appear. For example, in the Hydra Island, people serve the salad in cucumber skins, while in the Dodecanese islands they add capers and green bell peppers into the mix. One thing that these local variations have in common is the fact that they never include lettuce.

The most iconic salad in Greek cuisine has a special serving ritual. Traditionally, Greek salad is eaten directly from the serving plate, so that the ingredients can be combined in different ways with the fork. Besides that, the Greek meal ritual is about the idea of family and familiarity and eating in an informal manner. In fact, it is often common for meal participants to dip a piece of freshly baked bread into the leftover dressing and seasoning for some extra flavor. The Greeks love serving this salad in a shallow dish, not a deep one, and they eat it with bread.
To get more tips and recipes and science-based facts to help enjoy your art of living, pop in your information below.

GET MORE FRESH ARTICLES & INSPIRATION IN YOUR INBOX!