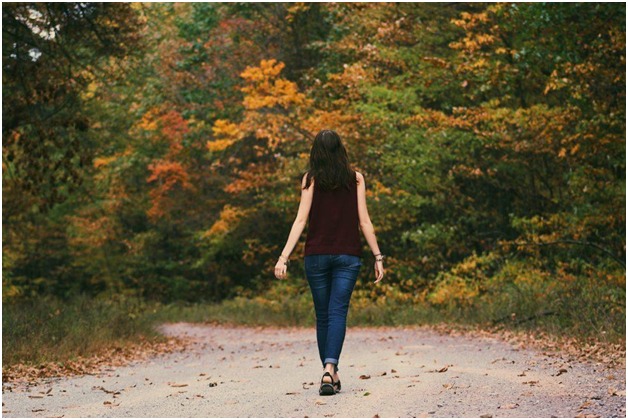 FINDING PEACE IN MOVING ON

By Marianne WesterveltApril 27, 2021No Comments

In October 2017, I took the ice for my final figure skating Regional Championships and put my competitive career behind me. Scores and placements aside, I had two of the best performances of my entire career. From the second the music started, I put my heart into every movement; my true love for the sport was palpable. It was my “Olympic Moment” – even if it did take place in a small ice rink in Hackensack, New Jersey. Accomplishing this was a bittersweet ending to one chapter of my life, and the beginning of a new one. It was the grand finale that my competitive career so rightfully deserved.

For twenty years, I’d chased the dream of my seven-year-old self: to win the gold medal at the Olympic Games in Ladies’ Figure Skating, just like my idol, Tara Lipinski. Needless to say, I didn’t accomplish it, and my skating goals became less ambitious over the years. Regardless, I continued to follow my figure skating dreams from grammar school through college and graduate school. Skating was a main priority in my life for so long that it has become a large part of my identity, and for this reason the decision to move on was not an easy one.

While still in the midst of pursuing my dreams, I pushed through the rough practice days by reminding myself that I never wanted to look back one day and ask myself, “what if”. I didn’t want to just give up and be left wondering how much more I could have achieved if I kept training and competing just a bit longer. I never wanted to feel like a quitter or be seen as one and this desire kept me motivated for a very long time.

As I got older, there were days when I sat around with friends, listening to them talk about new jobs and apartments. None of these were my reality; skating was still my priority so I continued to follow the non-traditional path I had carved for myself. Still, the need to make a change started to become more apparent in my mid-20s, the last few years leading up to the decision. There was a certain point when I realized that I was ready to make a change, but for a while I still couldn’t bring myself to take action. Even when I started applying to full-time jobs and I realized that I would most likely have to stop competing, I was still deciding whether or not I would push myself to compete that season. Every day I waited for a situation to arise that would push me to make a decision faster, but I knew that it would ultimately be up to me to initiate the necessary changes. Fortunately things did come together and I started my full-time job the same week as my last Regional Championships. My time primarily identifying as a competitive figure skater was over, and my identity shifted to being a young professional in the pharmaceutical industry.

My family made many sacrifices through the years, offering me the time and ability to skate competitively for as long as I did. I cannot accurately put into words my gratitude for the love and support of my family, my coaches, and my friends. I don’t think that I could ever fully describe the amazing people and opportunities that figure skating has brought into my life or the impact that they’ve had on me as a person. This is precisely why I plan to still keep skating in my life through coaching, volunteering, performing, and simply skating for my own enjoyment. I have done all of these things in addition to competing for quite a while, but it was time to more fully undergo the transition from competitor to performer and from student to teacher. I also wanted to give more attention to other hobbies that I took on in recent years, like ballroom dancing and writing, but having skating as a priority made it hard to do this. Bringing my competitive skating career to a close meant that I would take on new life goals in place of the old ones and open myself up to new experiences.

This past Spring I participated in a yoga class and at the very end of the meditation I had a profound realization. I was not meant to just be a competitive figure skater, but it was just part of my journey. I reached a point that I fully respected skating for where it led me in life, but it was time to make a change and focus on my other goals. I had mostly closed the door on my competitive career, but I still felt emotionally torn. Suddenly I knew that my time to move on had come and this deeper understanding afforded me a feeling of peace and forgiveness that has carried me forward from that point on.

Since I started working full-time, I have participated in two skating shows, entered a figure skating choreography contest, and posted videos of my skating on YouTube . I submitted an article to my employer about my decision to focus on skating before entering the working world and it was published on our intranet. I continue to work on the book I am writing about my journey in figure skating. Clearly I still love skating, but it has taken a new role in my life and I have branched out. I had an article published on a blog (ETAOL of course!) and I did a ballroom dance performance at one of my dance studio’s showcases. The change in my commitments has allowed me to have more free time for myself, family, and friends. Overall there is such an internal calling to bring my other gifts forward and I firmly believe that it is because I found peace in my decision to move on from my competitive career. Though I will always cherish the memories made during those twenty years, I am happy with where life has brought me today – working full-time at a pharmaceutical company with the ability to continue my other hobbies, skating included.

This past summer I volunteered to help at my home club’s skating competition and I watched the same event that I competed in the year beforehand. I watched my former competitors perform while standing next to my old coach and I truly enjoyed the moment. Inevitably I was asked if I missed competing, and I replied with a definitive, “no” before I clarified what exactly I meant by that answer. This “no” was not driven from feelings of anger, sadness, regret, bitterness, or ungratefulness, but instead from a belief that I seemed to form in that moment. I explained that if I felt a sense of loss while watching this event, then I would have known that I made the wrong choice by stopping when I did. Being able to confront my past taught me that we don’t need to accomplish the goals that we set out to achieve in order to find peace, but it can be found by the seemingly less regarded decision to move on.